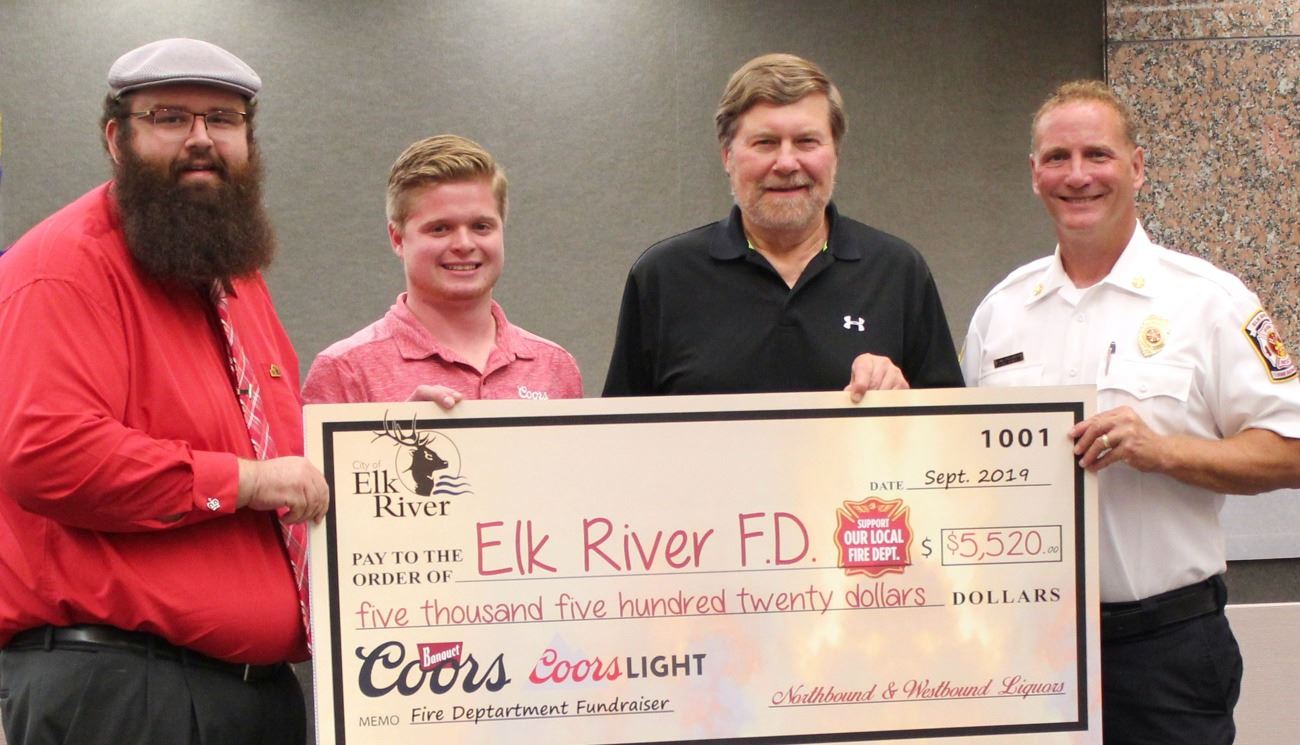 Customers gave generously through monetary donations at the register, and by bidding on silent auction items during the fundraiser at Northbound Liquor on Friday, September 6. The event was well attended, and included beer and wine tasting, casual visiting with firefighters, tours of the ladder truck, and tasty meals from Thai1on food truck. Not to mention, attendees had lots of great items to bid on, donated by Miller Coors, Dahlheimer Beverage and several others.

The support of the Elk River community has been incredible. Our city raised the second highest amount in the state among other municipal liquor stores who participated in this fundraising campaign. Thank you Elk River residents!

Income Generation for the Community


While the purpose for municipal sales is to promote moderation and control in the sale and use of alcoholic beverages, the municipal operations can also be profitable and generate income for the community. Annually through our budget process, the City Council allocates profits from the liquor stores for park improvements and to offset property taxes in the city's General Fund. Since 2013, the City's two liquor stores have contributed between $197,000 and $290,000 annually to the Park Improvement Fund.

Park Improvements:
In 2011, the liquor store transferred $2.75 million to fund a portion of the new maintenance facility, it is estimated that this transfer saved over $1 million in interest costs on the bonds issued.


An Effective Means of Control

The Elk River Liquor stores are owned and operated by the City of Elk River in order to control the sale and consumption of alcoholic beverages in compliance with federal and state laws. There are over 230 cities in Minnesota with municipal liquor operations. Municipal liquor operations are only authorized as an effective means of control over the sale of alcohol. The city strongly encourages moderation and warns consumers to not drive while under the influence. The city enforces the regulations contained within the liquor laws.