The City of Elk River recognizes the guidelines and recommendations set forth by the Centers for Disease Control and Prevention and the Minnesota Department of Health to protect staff, residents and visitors to our city in every way possible from Coronavirus Disease 2019 (COVID-19).

The City of Elk River has been working with local, county and state partners to proactively combat the COVID-19 pandemic, while ensuring the protection of employees and members of community. As the situation continues to evolve, City Hall and the Public Works Facility were closed to public walk-ins as of noon Friday, March 20 while continuing to provide essential services to residents. The closures are in addition to the already established closures including: Elk River Arena, Activity Center (55+), Elk River Municipal Utilities, Elk River Library, and all Elk River Parks and Recreation programming/reservations.

The Elk River Liquor Stores (Northbound and Westbound) are temporarily closed while safe distancing and operational protocols are developed and implemented. We hope to have stores open once again with these new safety measures in place by Monday, April 6.

We’ve all got questions about how COVID-19 will impact our everyday lives - and if you have city-related inquires about closures, operations, how to get in touch with staff, etc. ask them by clicking here, or the image below. City staff will answer them and post them to a continually updated FAQ page. 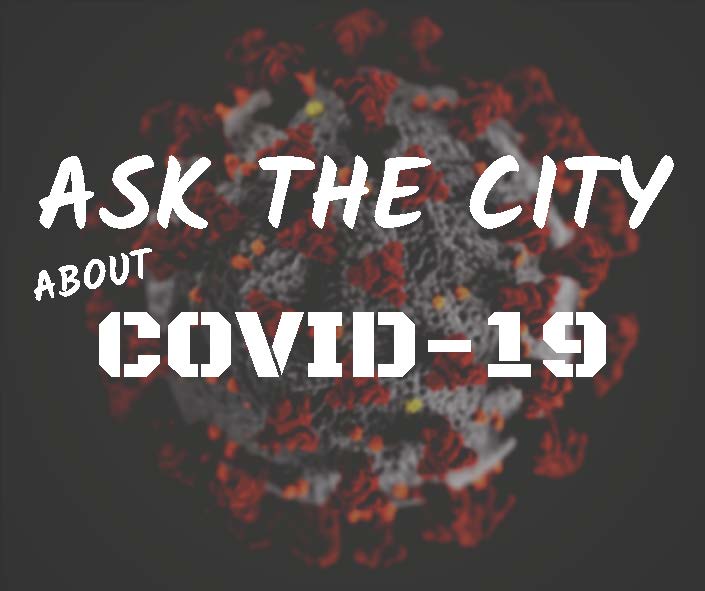 City parks and outdoor open spaces remain open for public use as they are an essential resource for the health and wellness of our residents. While parks remain open, all playgrounds/play structures are closed following Governor Walz’s Executive Order 20-20 on March 25, 2020. Learn more about how to safely enjoy parks and trails here.

Because this situation is evolving, the city will evaluate the closure of facilities on an ongoing basis.

Access to the building closed to the public at noon on Friday, March 20. City staff will remain on-site and/or operating remotely until further notice to ensure the needs of the community are still being met. This means:

Access to the building closed to the public at noon on Friday, March 20. This means:

The following facility closures and program cancellations have been put in place until further notice:

Activity Center (55+) - Facility closed and all programming halted until Monday, May 4.

Elk River Arena - Facility closed and all programs including open skating, leagues, and access to the walking track is unavailable until building renovations are complete later this summer. Click here to learn more about the new multipurpose facility, currently under construction on the site of the Elk River Arena.

Elk River Municipal Utilities - Facility closed to the public, with minimal staffing until further notice. Online bill pay is encouraged and messages can be left for customer service staff at 763-441-2020.

Elk River YMCA - All city programming offered at the Elk River YMCA is cancelled following an announcement by the YMCA on Sunday, March 15 (available here). All area YMCA facilities (including Elk River) has halted operations with the hopes to restore regular programming including fitness, aquatics and camps as soon as the situation allows.

Trott Brook Barn - Closed until further notice. Parks and Recreation staff members will be contacting those with existing reservations that fall within the time of closure for additional information and refund protocol.

Elk River Library - As of Monday, March 16 at 6:00 p.m. the Library is closed and all programming suspended until April 12.

What the City is Doing

Cleaning and sanitizing procedures have increased at high-traffic public spaces including:

What You Can Do

As previously noted, vital city services will continue and residents are asked to do their part to avoid COVID-19 related impacts already present in other communities such as: